ABB has one of the widest portfolios of solar inverters ranging from small micro-inverters and three-phase string inverters up to megawatt-sized central inverters. This extensive range of solar inverters is suitable for the smallest residential photovoltaic (PV) systems right up to multi-megawatt PV power plants.

The offering is complemented by various monitoring solutions as well as a global service network to maximize the return on your investment.

Renergy Limited has partnered with ABB for several years and we provide inverters for both domestic scale PV systems and large industrial PV systems. ABB inverters are backed up by a warranty of 5 years which can be extended to 10 years.

For more information and specifications on ABB Trio 5.8_7.5_8.5 click here.

For more information and specifications on ABB UNO-DM-3.3-PLUS-Q click here. 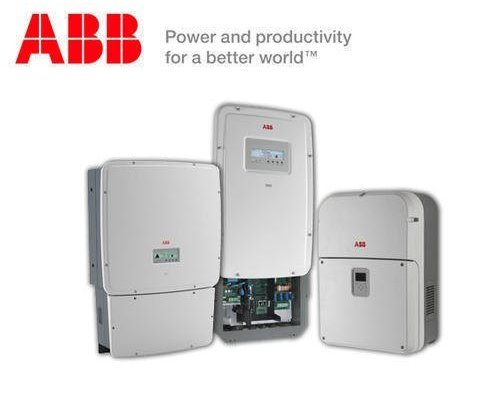